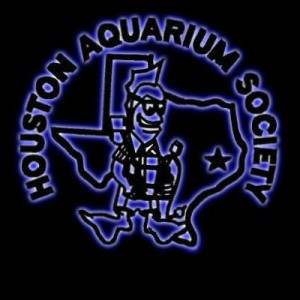 evidenced from the following quote from one of the earliest editions of the Society’s newsletters: “The sixth regular meeting of the Houston Aquarium Society, Inc. was called to order in the Science Building, University of Houston, at 8PM on October 11, 1950 by Mr. Ed Hale, Vice President. Mr. Hale presided in the absence of the President. Mrs. John

The club grew quickly, expanding to around 600 members by the close of the 50’s. However, in 1965, there were only 8 active members. Due to the dedication and hard work of these members (who included Hal Collins and Lou Harris), the club was back in action by the late 1960’s with a renewed membership of around 100 people. After the sudden death of Cricket Jones, long time editor of the Society’s newsletter, The Fish Fancier, H.A.S. occasioned a further revitalization. New members were brought into the leadership of the Society and under the able editorship of D. B. Hales and Dale McClendon, The Fish Fancier aspired in both appearance and content to the status of a serious hobbyist publication. At the same time, H.A.S. reached out to the community in the form of two yearly shows – a Winter exhibit at the annual Boat and Travel Show in the Astroarena and a Summer exhibit in one of the local shopping malls. Monthly meetings were held at the Houston Museum of Natural Science. Various specialty fish discussion groups were formed under the banner of the Houston Aquarium Society including ones for killifish, cichlids, bettas, native fish, and guppies. The guppy group grew into a separate organization known as the Houston Guppy Club and hosted many IGFA sanctioned guppy shows during the early 1970’s. During the summer months, H.A.S. members could participate in several family-oriented activities. These included an annual freshwater collecting trip in June, a picnic in July, and a saltwater collecting trip in August. The other family event of the year was the annual Christmas party where members exchanged fish-related gifts and enjoyed Hal and Jean Collins’ famous hot Wassail.

In recent years, H.A.S. has become the host of the largest all species fish auctions in the country. These auctions regularly run for at least 9 hours and feature around 1000 lots. There are field trips that we take throughout the state. The regular club meetings are at locations throughout the city. The Houston Aquarium Society continues to be the premier aquarium society in the Greater Houston area.